No change for taxi fares

Taxi and private hire car fares and associated charges are set to remain at their current levels in West Lothian.

This means that there will be no change to the Council's current maximum Fare Table for Taxi and Metered Private Hire Cars. The council as licensing authority is required to fix maximum fares for hire cars in West Lothian every 18 months.

The proposed new fare table has been advertised in the West Lothian Courier and no objections were received within the statutory period. Operators of taxis and bodies representative of taxi operators in West Lothian have a right of appeal to the Traffic Commissioner against the Council's decision within 14 days.

Council Leader Lawrence Fitzpatrick said: "I'm delighted to confirm, subject to appeal, that there will be no increase in taxi fares in West Lothian until at least October 2020.

"The Council Executive decision will be welcomed by local residents who use hire cars as well as both trade associations, who supported maintaining the fares at their current levels.

"It also means that hire car operators will not be required to reconfigure meters. Following the appeal period, copies of the fare table will be distributed to all hire car operators and booking offices prior to the new table taking effect and will be available on the council website at ."

Back to February 2019
Development & transport 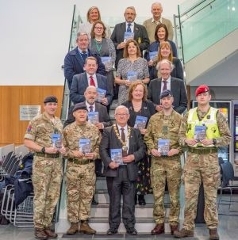