Term dates for the 2020/21 school session have been agreed.

Education Executive have set the school calendar for 2020/21 academic year to give the statutory requirement of 190 teaching days for pupils, and five in-service days for staff.

Pupils will start term one on Tuesday 18 August 2020, breaking for the September long weekend holiday on Friday 18 September.

School resumes for pupils on Wednesday 23 September then break on Friday 9 October for the October week.  Pupils are back on Tuesday 20 October, finishing for Christmas on Tuesday 22 December.

The first day of term two for pupils is Wednesday 6 January 2021, continuing until schools break for the February long weekend on Friday 12 February. Pupils resume on Wednesday 17 February until the end of term for Easter on Thursday 1 April.

Staff and pupils all resume after the Easter holidays on Monday 19 April for term three, with the term finished on Friday 25 June 2021.

Consultation has taken place with the Local Negotiating Committee for Teachers (LNCT), Head Teachers and Parent Councils over the dates. Unfortunately it is not possible to agree term dates with all our neighbouring councils, who have holidays at different times.

Other suggestions that were considered but not taken forward were shortening the summer holiday, as the seven week holiday period is necessary to allow the delivery of infrastructure projects, including IT upgrades in schools.

A week's break in February was also considered, but the decision was made not to include it as it might impact adversely on secondary attainment. Feedback from some parents was that February was not suitable for a week-long holiday as it is often cold and dark, and children have less opportunity for outdoor activities.

Back to June 2019
Education 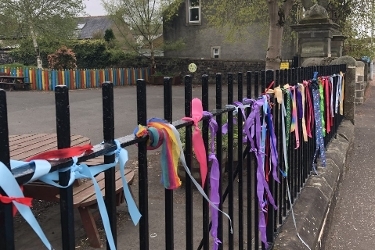 Staff at Balbardie Primary in Bathgate would like to thank all their pupils and the local community for their highly visible support. 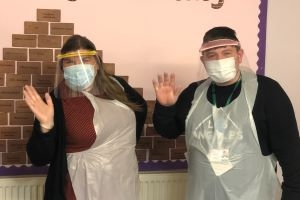 Staff at West Lothian's hub school for children with additional support needs (ASN) were delighted to receive new safety visors, specially made for them by Education colleagues.

We note today's announcement by the First Minister regarding schools closing to pupils from Monday 23 March.