West Lothian has joined a number of local authorities across the country in declaring a climate emergency. 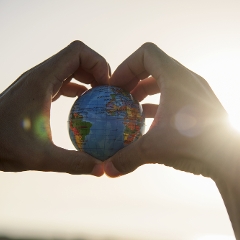 A meeting of West Lothian Council approved a motion that states the council recognises that the world is in the midst of a climate emergency which requires urgent and meaningful action at international, national and local level in order to safeguard our planet for future generations.

The decision will see council officers bring reports to relevant council meetings to discuss a range of climate friendly measures such as reviewing energy efficiency in key council buildings and looking at the potential to promote increased use of electric vehicles both corporately and in the in the local area.

The motion additionally noted the proposal of the Community Planning Partnership to hold a seminar/conference involving members of the community and partners that will look at the subject of climate change.

The meeting agreed that a short-term cross-party group will be established to formulate a way forward which involves the wider public (Citizens' Panel), business and other public bodies and which will report back to the council.

The Chief Executive of West Lothian Council will also write to the First Minister to seek sufficient resources and new powers for local authorities to enable local government to play a full role and to meet its obligations in tackling the climate emergency.