Plans for 10 new charge points for electric vehicles in West Lothian have been approved. 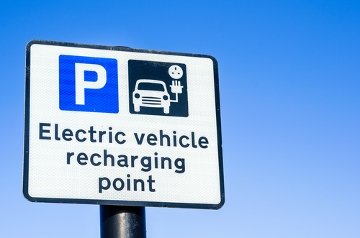 West Lothian Council currently maintains 18 charge points at six locations across the council area, and the expansion in the charging infrastructure will be welcomed by both current electric vehicle (EV) owners and those considering making the switch to EV on their next car.

The council recently declared a Climate Emergency to safeguard the planet for future generations, with a number of actions to reduce carbon emissions and protect the environment such as expanding EV charging points locally. Funding of £320,000 has been secured from Transport Scotland to grow the charging point network in West Lothian.

Executive councillor for the environment Tom Conn said: "I'm delighted that we are able to expand West Lothian's network of EV charging points.

"We hope the increasing availability of charge points will encourage more local residents to consider if an electric vehicle would be suitable for them."

Morris Square Car Park in Livingston is earmarked for four charging points, with two rapid and two fast chargers. Both Bathgate Partnership Centre and Linlithgow Cricket Club have been identified as sites for one rapid charger each, with a standard charge point proposed for each of Beecraigs and Polkemmet Country Parks.

Initial feasibility investigations have taken place on each proposed site, with alternative locations identified if any of these sites are found to be not technically viable for delivery before Transport Scotland's deadline of 20 March 2020.

The council is also looking at potential sites for two trials of on-street residential charging, with a report to be considered by a future meeting of Council Executive.