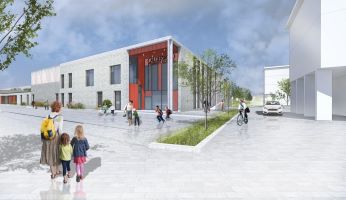 The approval of the layout, design and final cost for the school have now been approved by the Council Executive

The new school will be fully funded by developer contributions from the Calderwood development, and will provide non-denominational primary education for up to 462 primary and 128 nursery pupils.

During the consultation, no responses were received that led to the proposals being reviewed, with Education Scotland's formal response stating: 'The council's proposal provides a strong case for the new school'.

"Thanks to everyone who took part in the consultation for sharing their views, which will be taken into account as the project moves forward.

"Calderwood is a West Lothian Core Development Area, and the new school will be required to ensure we have capacity for all the children who will live there in the future.

"Construction is due to start on site next month, with the new school open to pupils in August 2021."

The design of the new school incorporates elements of the award-winning West Calder High School, and is designed to be sustainable and suitable.

Back to February 2020
Broxburn, Uphall and Winchburgh 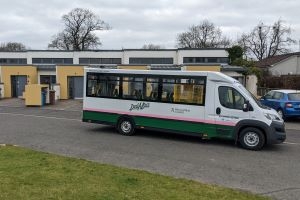 A new bus service to help Broxburn and Uphall residents reach the town centre is set to launch. 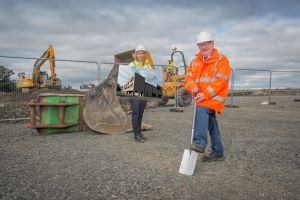 Construction work is well underway for the new Winchburgh Academy.

Broxburn and Uphall Traders' Association (BUTA) are pleased to announce that they have secured £5,000 Scottish Government funding administered by Scotland's Towns Partnership to provide further help in supporting the local COVID-19 response. BUTA will be providing directsupport, not just to their own members, but also to other small independent retailers in Broxburnand Uphall affected by lockdowns and restricted business operation.