Around 800 West Lothian Council members of staff will benefit from an annual increase in the Living Wage. 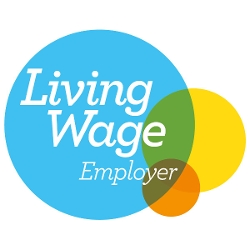 West Lothian Council became one of the first local authorities in Scotland to become an accredited Living Wage employer in 2016 and is committed to ensuring the Living Wage Foundation's (LWF) rate is paid to all employees aged over 18. The Living Wage aims to help an organisation's lowest paid employees.

The Living Wage is significantly higher than the national minimum wage and employers choose to pay the Living Wage on a voluntary basis.

The Living Wage in Scotland is a voluntary rate, which is independently calculated, LWF rates are announced by Living Wage Scotland and accredited employers have six months to implement the new, increased rate. However, this process is often delayed due to the national pay award not being agreed. This means that payments to staff can be delayed.

West Lothian Council will now make sure the latest LWF rate uplift is applied for all eligible employees from 1 April every year. The LWF rate is currently £9.90 per hour.

A backdated payment will be made retrospectively in June 2022, to ensure eligible employees receive any additional salary they are entitled to had the latest LWF rate been applied from 1 April 2022.

It is hoped the step taken by West Lothian Council to provide a fixed date for the implementation of the annual Living Wage increase will provide certainty to the lowest paid members of staff.

Leader of West Lothian Council, Lawrence Fitzpatrick said: "We're very proud to be a Living Wage employer which helps to increase the number of employees in Scotland who receive the real Living Wage.

"It is important as an accredited Living Wage Employer that West Lothian Council takes steps to provide certainty for staff, wherever possible.

"Timely implementation and payment of the LWF rate to the council's lowest paid employees will hopefully provide some support against pressures caused by the rise in the cost of living."