West Lothian Council is asking for anyone who has information on vandalism at Manse Road Cemetery in Whitburn to come forward. 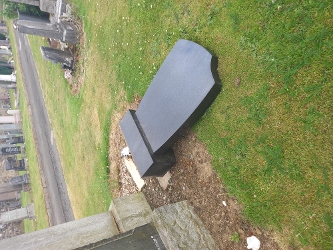 A total of 20 headstones were pushed over between 12 noon on Tuesday 19 July and 10am on Wednesday 20 July.

None of headstones were significantly damaged, and arrangements have already been made to have them all reinstated as soon as possible at a cost of over £3,600.

Executive councillor for the environment and sustainability Tom Conn said: "It's absolutely appalling that anyone would push over headstones like this.

"It is an incredibly thoughtless act that could be extremely upsetting for the families involved and the local community.

"We would appeal to anyone with information to come forward to the council or the police, to prevent such incidents taking place in the future."