West Lothian residents can pay their final respects to Her Majesty Queen Elizabeth II in books of condolence. 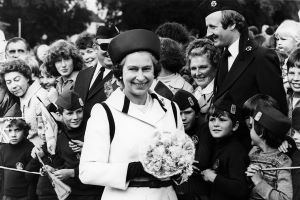 Any cards or tributes laid will be collected the day after the state funeral and sent to West Lothian Council's archives alongside the books of condolence.

Provost Cathy Muldoon said: "There has a been a genuine outpouring of grief in West Lothian as well as across Britain and the Commonwealth following the passing of Her Majesty Queen Elizabeth II.

"Anyone who wishes to sign our books of condolence can do so online, or in person at West Lothian Civic Centre in Livingston or any of our eight partnership centres across West Lothian.

"This will allow the views of West Lothian residents to be shared with the Royal Family and preserved for posterity."