The service took place at the Kirk of Calder in Mid Calder on Friday 16 September and was attended by representatives from across West Lothian. 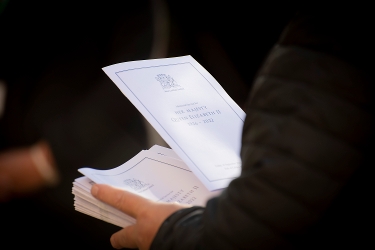 West Lothian Provost Cathy Muldoon said: "I would like to thank everyone who attended the service at Kirk of Calder as West Lothian paid its final farewell to Her Majesty Queen Elizabeth II. This was an opportunity to reflect on a lifetime of service and remember with fondness, the many visits to West Lothian made by Her Majesty over the course of her reign which live long in the memory for many local residents."